Xavier Letartre received his PhD in Materials Science from the
Lille University of Sciences and Technology, in 1992. He joined
the Lyon Institute of Nanotechnology (INL) at École Centrale de
Lyon in 1992 where he has been Head of the Nanophotonics
group since 2006. He is currently Senior Researcher at the French
CNRS. His areas of interest include physics of optoelectronic
devices, photonic crystals, nanophotonics and photonic integrated
devices and circuits. He is strongly involved in several French
and European projects which address applications ranging from
information technologies to environmental sensing. 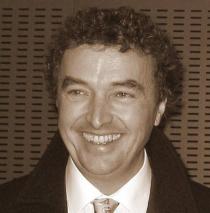