Romain Vuillemot holds a PhD in Computer Science from INSA Lyon since 2010 in the field of data visualization research. He was invited to the University of Maryland in 2008 as a visiting scholar. From 2011 to 2013 he was a post-doc at Inria Saclay in the field of visualization of real-time and spatio-temporal data. He also conducted industrial transfer missions during this period at Inria. In 2013 he joined Harvard University as a Research Fellow at the Center for International Development at the Harvard Kennedy School, where he founded a research and development group for economic data visualization. He also taught the Visualization course at Havard SEAS School. Romain regularly publishes in the IEEE Infovis and ACM CHI conferences, for which he is a reviewer and member of program committees. He is a member of the LIRIS lab and SICAL team. 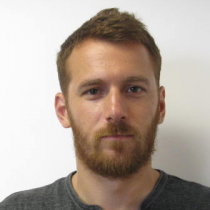