Richard Perkins is Professor of Fluid Mechanics and Dean of International Affairs at the École Centrale de Lyon. He is in charge of the school’s international policy in the field of training and research. After a first degree in Civil Engineering from the University of Manchester, he moved to the University of Cambridge, first to the Engineering Department and then to the Department of Applied Mathematics and Theoretical Physics, where he held a Wolfson Research Fellowship. In 1993 he was appointed to the EDF Chair in Environmental Fluid Mechanics at the École Centrale de Lyon, where he is currently head of the Environmental Fluid Mechanics Research Group. His main research interests concern the transport and dispersion of passive scalars, particles, bubbles and droplets in turbulent flows, and free-surface flows in complex geometries. The major applications of this research include urban air quality, smoke dispersion in tunnels, flood propagation in urban environments and sediment transport in rivers and coastal environments. From 2008 to 2011 he was visiting Professor at the University of Newcastle. 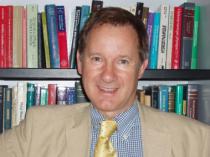