Pascal Simonet had the general objectives of deciphering the adaptation and evolution potential of environmental bacteria including by horizontal gene transfer being among the first to investigate environmental bacteria with metagenomic approaches. Several of his recent studies were devoted to investigate the natural occurrence in soil of antibiotic resistance genes and the impact of human activities (manure, GMO) on their abundance, diversity and potential to be transferred to pathogens. Pascal Simonet has numerous responsibilities, as a member of the French committee Haut Conseil des Biotechnologies (HCB), as an editor for Research in Microbiology and as a member of the editorial board of The ISME Journal. He has co-authored over 150 scientific papers and was invited more than 100 times to give key note lectures or oral presentations in international conferences in the last 15 years. He (co-)organised several international and national congresses including "Bageco" Lyon, 2005. 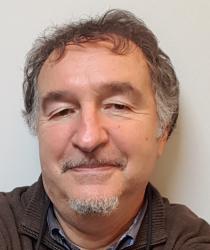