With an undergraduate engineering degree from École Centrale de Lyon (1973) and a doctorate in engineering (1978), Louis Jezequel began his research career in the field of dynamic buildings and foundations by creating a dedicated team at the ENTPE School. After completing a doctoral thesis in conjunction with the Mathematics Department at the Université Claude Bernard, he went on to found team System Dynamics and Structures at the École Centrale de Lyon in 1985. The success of this team was built on numerous relationships with industry, leading Mr. Jezequel in 1999 to set up a technological research team to design robust products working in close collaboration with Renault-Nissan. He was awarded the Researcher-Entrepreneur Prize by the Tribune in 2014. Moreover, he has published four books, over 150 articles in international scientific journals, and has personally supervised over 200 industrial contracts and to date 121 thesis. 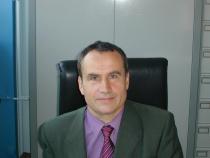