Julian Scott studied Mathematics at the University of
Cambridge from 1972 to 1975, followed by a PhD and postdoc
at the University of Leeds. He then returned to Cambridge
and worked for a scientific research consultancy from 1981
to 1991, before obtaining his present position of Professor of
Fluid Mechanics at École Centrale de Lyon. His current research
interests mainly concern flow instabilities and turbulence models
with effects of rotation. Julian Scott participates in teaching
at L’École Centrale de Lyon via lectures, examples classes and
practicals. He heads the first-year fluid dynamics course, which
all L’École Centrale de Lyon students must follow. He also coheads
three more advanced courses, as well as a research-level
course on flow instabilities which has existed for more than 15
years. Finally, he gives the all-student course on Fluid Mechanics
at École Centrale in Beijing. 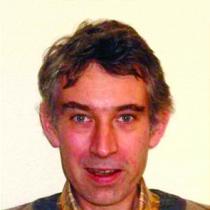