Jérôme Noirot has taught English as a PRAG at Ecole Centrale Lyon since September 2011.  He studied English at Université de Bourgogne until 1994. He received his Ph.D. in American political science from Université Lumière Lyon 2. He defended his doctoral thesis on conservatism in the West of the United States at IEP de Lyon in October 2009. In 2006, he was awarded a Fulbright grant and a Lurcy scholarship to conduct his doctoral research in Colorado and Arizona, USA. He is a member of the Société des Anglicistes de l’Enseignement Supérieur (SAES), at whose conventions he has presented papers. He specializes in American conservatism, the philosophical roots of the American Revolution, the American system of government, the notion of checks and balances and the dynamics of individual liberty in the United States. 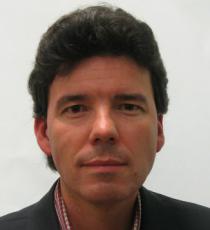