Jean-Louis Marié is an École Centrale de Lyon engineer (1978), and holds a PhD in Acoustic Mechanics (1980). He joined the CNRS in 1981 and started his career at the LMFA in the newly created Multiphase flows and interfaces team under the aegis of Professor Jean Bataille. He contributed to the team’s activities and international recognition, which he headed from 1999 to 2014. He also taught at École Centrale de Lyon, INSA and the Claude Bernard University until1991. His research mainly focuses on conducting reference fundamental experiments on gas-liquid flows dispersed by bubbles and drops, with or without phase changes, which try to answer industrial problems (Nuclear, Chemistry, Automobile…). He is particularly interested in the role that turbulence plays in these kinds of flows and the experimental techniques adapted to these studies. He is currently working on the effect the interface contamination has on the forces acting on the bubbles. He is also working on the promising opportunities offered by numerical holography with regard to the Lagrange monitoring of the evaporation of drops. 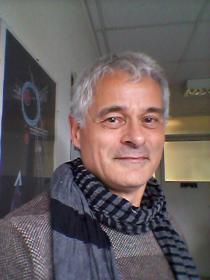