Gilles Robert holds a degree in Engineering (1981) and a PhD in Mechanics and Acoustics (1984) from École Centrale de Lyon. He was Head of the Department of Fluid Mechanics, Acoustics and Energetics (MFAE) from 2008 to 2018. He teaches fluid mechanics and acoustics at École Centrale de Lyon and thermodynamics at the Claude Bernard University – Lyon-I. His research is carried out within the Fluid Mechanics and Acoustics Laboratory (LMFA) and the Laboratoire d’excellence du Centre lyonnais d’acoustique (LabEx CeLyA) and focuses on the experimental approach of turbulent flow induced vibration and noise. He is actively involved in the school general management and is an elected member of the board of directors since 1989. He is a regular project executive for the school and takes part in various committees. 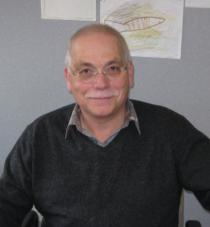