Florent Morel is an alumnus of École normale supérieure (ENS) de Cachan. He obtained his ‘agrégation’ in Electrical Engineering and received an MSc in Electrical Engineering from INSA de Lyon. He pursued his PhD at INSA de Lyon on the control of electrical drives. He considered especially the association of a permanent magnet synchronous machine with a three-phase matrix converter. Since 2007 he is Associate Professor at École Centrale de Lyon and the Ampère Laboratory. He teaches electrical engineering and power electronics. His research activities focus on power electronics converter design. He is especially interested in electromagnetic compatibility (EMC), power supply of circuits with a high insulation voltage and converters for high voltage grids. He is on part-time secondement for Supergrid Institute. 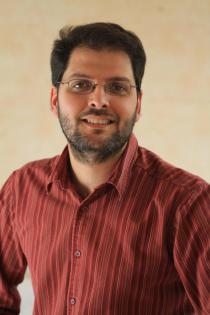