Doctor in Mathematics from the University of Paris-Dauphine and a graduate of École nationale supérieure des Mines de Paris, Elisabeth Mironescu teaches Probability Theory and Stochastic Processes at École Centrale de Lyon as a core module as well as part of research master programmes. Previously, she worked as a researcher at Inria Lorraine. She was a lecturer at the University of Tours before being promoted to Professor at École Centrale de Lyon. Her research interests mainly concern diffusion processes, the analysis of non-linear partial differential equations and non-local front movements. From 2011 to 2015, she heads the Camille Jordan Institute, the French CNRS joint research unit on Mathematics of the Claude Bernard University of Lyon I, the Jean Monnet University of Saint-Etienne, INSA de Lyon and École Centrale de Lyon. She is a Chevalier of the French National Order of Merit. 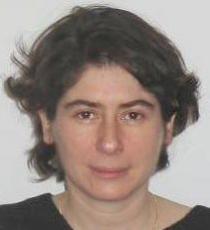