Denis Mazuyer, is an engineer from École Centrale de Lyon (1986), holds a PhD in mechanics (1989). He graduated in mathematics in 1991 and the habilitation to supervise research in 1995. Recruited in 1989 as a research fellow at the CNRS, he was appointed professor of universities at the École Centrale de Lyon in 2000. He carries out his research on the tribology of thin-film lubricated interfaces at the Laboratoire de Tribologie et Dynamique des Systèmes (LTDS), which he led between 2007 and 2015. He was awarded the prize for the best external research awarded by Rhodia in 2000 and the Edmond Prize Bisson of the Society of Tribologists and Lubrication Engineers (STLE) in 2009. He is co-author of 88 international publications and holds four patents. He has been Chairman of the École Centrale de Lyon's Restricted Board from 2013 to 2017. He chairs the GIE Manutech-USD, which develops and operates equipment of excellence on surface texturing processes. 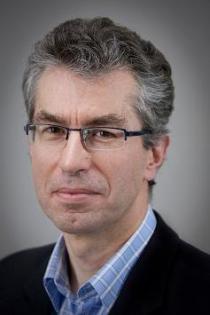