After his studies at École Centrale Paris, Daniel Henry obtained
a PhD in Engineering and a doctorate d’État. He specialised in fluid
mechanics, at the interface with physics and material processing.
He joined the French CNRS in 1986 as a researcher for the Fluid
Mechanics and Acoustics Laboratory (LMFA) at École Centrale
de Lyon. With numerical simulation and in connexion with
experiments, he deepened the understanding of the couplings
between convection, thermal and solutal effects, solidification,
magnetic field, and acoustic field. He developed sophisticated
simulation codes for the study of instabilities and bifurcations,
allowing to carry out an accurate analysis of the flow transitions
in the studied configurations. For fifteen years, he also worked
on the dynamics of electric arc inside circuit breakers within
the frame of contracts with Schneider Electric. These different
studies were published in more than a hundred articles in first
rank international scientific journals. 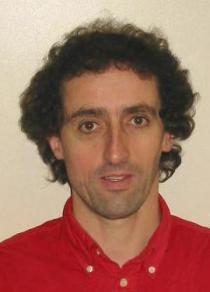