Christelle Yeromonahos received the PhD degree in physics from the University of Grenoble - France in 2011 (light scattering, hematology). Also she received an engineering / Master 2 degree in fluid mechanics from the Institut National Polytechnique de Grenoble in 2008. She worked 12 months, as post-doctoral fellow, in the University of Oxford (UK) in the department of structural biology (cryo electron tomography, molecular dynamics). She worked 17 months at CEA/LETI (silicon nanotechnologies). She joined the Institut des Nanotechnologies de Lyon (INL) in 2014 as research engineer. Since 2016 she is associate professor at INL in the chemistry and nanobiotechnologies team. Her research is about characterization and modelling of bio-interfaces in liquid media for developing clinical diagnosis tools. 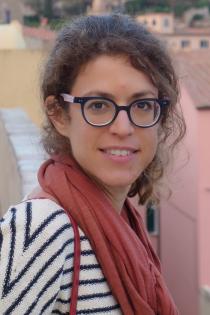