He received the M.S. degree from the University Denis Diderot Paris VII, France, in 2004 and the Ph.D. degree in Physics from the Ecole SUPELEC in 2007. Since 2011, he has been a Lecturer at the Ecole Centrale de Lyon and researcher in the Ampère Laboratory (UMR CNRS 5005). His research interests include electromagnetic modelling, inverse problems, signal processing, antenna and radar experimentation, electromagnetic compatibility and wireless electromagnetic transmission. 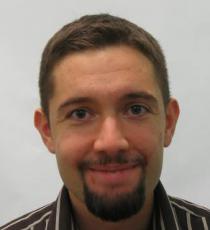