Andrea Maffioli was awarded his engineering degree and PhD from the University of Cambridge, in the UK, and joined the École Centrale de Lyon in 2019 as Maître de Conférences (Assistant Professor). After his PhD he stayed in Cambridge to do a two-year industrial postdoc and then left for KTH, in Sweden, on a two-year postdoctoral project, after which he did a further postdoc at the Laboratoire de Mécanique des Fluides et d'Acoustique (LMFA) at École Centrale. He teaches fluid mechanics within the department Mécanique des Fluides, Acoustique et Énergétique (MFAE). His research activities are mainly focused on the study of turbulence in the presence of a stable density gradient (known as density stratification), a system rotation and/or passive scalars. Such research has applications in geophysics (ocean and atmosphere dynamics) as well as industrial applications (mixing units). His research methods include theory and high-fidelity numerical simulations. 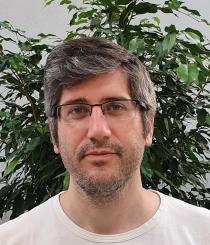