An LIA, like a UMI, connects one or more French laboratories with laboratories in another country. These laboratories pool their efforts to conduct a joint research programme, facilitate researcher exchanges and promote the pursuit of co-supervised theses. They are an excellent tool to pique the interest of industrial companies, leading to greater international collaboration. In this way, Centrale Lyon seeks to be the linchpin of an international latticework of university and industrial partners.

Nanotechnology and Nanosystems Laboratory. Created on 1 January 2012 by the University of Sherbrooke and supervisory authorities of the INL.

Studies in electromagnetism. Officially opened in November 2011 between various Brazilian universities, including the Polytechnical School of Sao Paulo University, and the supervisory authorities of G2Elab and the Ampère Laboratory. Visit the website.

Technologies for integration of Energy Efficient Devices. Created in 2012 between the supervisory bodies of the Ampère Laboratory and the Spanish National Research Council (Barcelona).

Associated Laboratory for Photonics between France and Australia. Created between the CUDOS (Centre for Ultrahigh bandwidth Devices for Optical Systems), Institut Fresnel (UMR 7249 - Aix-Marseille University, CNRS and Centrale Marseille), the INL (UMR 5270) and the IEF (UMR 8622) for research into plasmonics and optical antennae, metamaterials and mid-infrared.

Formed in 2008 on the basis of a very close collaboration between two French and Japanese institutions (Centrale Lyon and INSA Lyon, belonging to Université de Lyon) and the University of Tohoku in Japan. Since the 1990s, this LIA has advanced its research into tribology, materials, mechanical engineering and fluid mechanics. Visit the website.

Jacques Cartier Acoustics Centre. Created in 2019 by the laboratories of Centrale Lyon (LTDS, LMFA) and of INSA Lyon (LVA), as part of the Laboratory of Excellence Lyon Acoustics Centre (CeLyA), as well as the Acoustics Laboratory of the Le Mans Université (LAUM) which have been identified as two major European research hubs on the same level as the Institute of Sound and Vibration Research of the University of Southampton (UK). It pursues research in acoustics engineering in relation to aeroacoustics, vibroacoustics, signal processing and sound perception.

Created in 2012 by the CNRS, CEA, IRD and Russian research bodies and universities. In 2019, the supervisory bodies of the Ampère Laboratory, including Centrale Lyon, joined. This LIA enables a long and fruitful scientific collaboration to continue between France and Russia in the study of ice cores. It contributes to the study of past climates, the development of new ice survey techniques and the physical, chemical and biological characterisations of frozen samples. 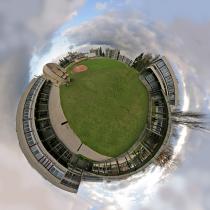