Thomas Mathia holds an MSc in Telemetric Metrology from the Warsaw
University of Technology and a PhD in Solid-State Physics. He is an electronic sensors design engineer and has pursued his research on electrical contacts at the University of Lyon. As a doctor – engineer recruited by École Centrale de Lyon, he has been instructor, scientific attaché and researcher, and defended a thèse d’État in nanotechnologies on the friction of lubricating monolayers.

He has contributed to the development of several companies promoting the research activities of École Centrale de Lyon in fluid mechanics and tribology. He helped the development of innovative start-ups in surface metrology, sports equipment, prosthesis design and manufacturing, tomography, and innovation engineering. He has been awarded several medals and prizes from the French CNRS, the French Ministries of Industry and of Youth and Sports, the Geneva and Brussels International Exhibitions on Inventions, the Ordre des Palmes académiques, and is an Auditor of the French Institute for Higher National Defense Studies (IHEDN). Thomas Mathia has been Director of Research in several engineering schools in France and is former Director of École nationale d’ingénieurs de Saint-Etienne (ENISE). He has taught classes in Russia, the United States, Poland, the United Kingdom and Sweden, is co-inventor of several patents and has co-authored about 300 publications.

Member of the Tribology and System Dynamics Laboratory (LTDS) since its inception, he is currently Senior Researcher Emeritus at the French CNRS and is actively involved in the LTDS research activities. 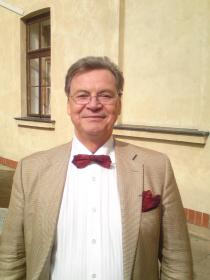