Sébastien Le Beux is Associate Professor at École Centrale de Lyon within the Lyon Institute of Nanotechnology (INL) since 2010. In 2013, he was visiting scholar for six months at the Hong Kong University of Science and Technology. From 2008 to 2010, he was postdoctoral researcher at École polytechnique de Montréal. In 2007, he obtained his PhD in Computer Science from the University of Science and Technology – Lille-I. His research interests include design methods for emerging (nano)technologies and embedded systems. He has authored or co-authored over 50 book chapters, journal publications and conference papers. In 2011, he received the best paper award of the International New Circuits and Systems Conference (NEWCAS) organised by the Institute of Electrical and Electronics Engineers (IEEE). 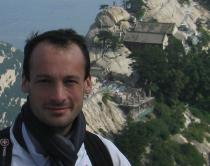