Mohamed Ichchou is Professor of Solid Mechanics at École
Centrale de Lyon. He received a Bachelor of Science from the
University of Franche-Comté (1990) and a joint M. Phil in Mechanics
from École Centrale de Lyon and the Claude Bernard University of
Lyon-I (1992). He graduated in Engineering from L’École Centrale
de Lyon in 1992 and obtained a PhD in Mechanical Engineering
in 1996. He received his accreditation to supervise research in
2004. Mohamed Ichchou is a member of the editorial board of
four international journals. He has authored more than 100 papers
in international peer-reviewed journals. His main research interests
are vibroacoustics, mid-high frequencies, and smart materials and
structures. He has been involved in several European projects since
the fourth Framework Programme for Research and Technological
Development (FP). He is also an independent expert for a number
of European and international agencies. 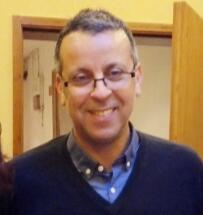