Professeure Agrégée and Coordinator of the German teaching team, Waltraut Wunder has been teaching German at the École Centrale de Lyon since 2008. A German native, she did studies in German and French language and literature in Vienna (A), and in Erlangen (Germany), and graduated from Friedrich Alexander University in Erlangen (2001). She specialized in German teaching as a foreign language and taught German at the University Paris-Est Marne-la-Vallée and at The École Nationale des Ponts et Chaussées Paris before joining the École Centrale Lyon in 2008. A part from Didactics, her interests include comparative linguistics as well as life, culture and contemporary literature of German speaking countries within Europe. She teaches at all levels and is coordinator of the external assessment exams of the Goethe Institute, for which she gives preparation courses (B1/B2/C1). She is also an elected member of the Scientific Council of Ecole Centrale de Lyon and of the Council of the Department CLES. 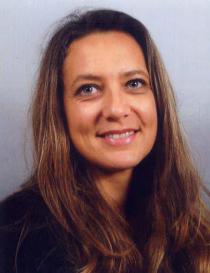