Marc C. Jacob is professor in fluid mechanics and acoustics at the École Centrale de Lyon. He obtained his engineering degree in 1987 followed by a PhD in acoustics 1991 both from the École Centrale de Lyon. In 1991 he joined the Center for Turbulence Research at Stanford University and NASA Ames as post-doctoral fellow. In 1992 he was appointed as assistant professor at the newly created engineering college ISTIL (now Polytech Lyon) from the Université Claude Bernard Lyon 1. In 2016, he became professor at the ISAE-SUPAERO in Toulouse where he created a research and teaching team in aeroacoustics, until he was appointed as professor at the École Centrale de Lyon in 2020 to join the LMFA/MFAE team.
His research about broadband noise generated aerodynamically, covers a variety of applications mostly in aeronautics from airframe and jet noise to duct flows encountered in turbomachinery and from experimental investigations to numerical simulations. 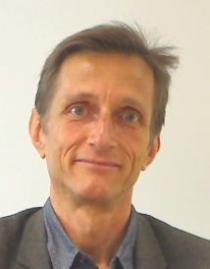