Liming Chen is a Professor in the Department of Mathematics and Computer Science. He received his BSc in Mathematics and Computer Science from the University of Nantes in 1984, his MSc and PhD in computer science from the University Pierre and Marie Curie Paris 6 in 1986 and 1989 respectively. He was an associate professor at the Université de Technologie de Compiègne before he joined Ecole Centrale de Lyon as Professor in 1998. He served as the Chief Scientific Officer in the Paris-based company Avivias from 2001 to 2003, and the scientific multimedia expert in France Telecom R&D China in 2005. He was the head of the Department of Mathematics and Computer science from 2007 through 2016. His current research interests include computer vision, machine learning, image and video analysis and categorization, face analysis and recognition, and affective computing. Liming has over 250 publications and successfully supervised over 35 PhD students. 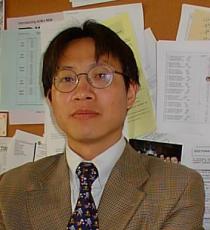