Laurent Bako received his Engineering degree from École Nationale Supérieure d’Ingénieurs de Poitiers and a MSc from University of Poitiers, France, both in 2005. From May to October 2007, he was a visiting researcher at the Center for Imaging Science of the Johns Hopkins University, Baltimore, United States. In 2008, he obtained a PhD in Automatic Control and Computer Science from the University Lille-I. From December 2008 to August 2013, he was an Assistant Professor at École des Mines de Douai. In September 2013, Laurent Bako joined École Centrale de Lyon where he is an Associate Professor of Automatic Control and Signal Processing within the Department of Electronics, Electrotechnics and Automatic Control (EEA). He obtained the research habilitation from Ecole Centrale de Lyon in 2016. He is a member of the Ampère Laboratory. His research interests include control theory, system identification, mathematical optimization, machine learning. 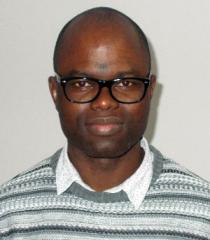