Hai Son Nguyen holds a degree in Physics (2009) of École Normale Superieure de Paris (ENS Paris). He has a PhD in Physics (2011) with his works on single photons emission of semiconductor quantum dots at ENS Paris. From 2011-2014, he was CNRS postdoc researcher, working on half light/half matter quasiparticles arising from the strong coupling between photons and excitons.

He is associate professor in École Centrale de Lyon since September 2014. His teaching includes lectures on electronics, quantum information and quantum engineering.

He is junior member of The Institut Universitaire de France (IUF, Academic Institute of France) from 2020 to 2025. His research is carried out within at  Institut des Nanotechnologies de Lyon (INL).  It focused on the manipulation and control of light-matter interaction for studying new regime of nanophotonics and quantum optics. 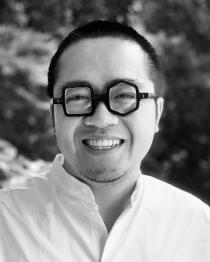