Claude Cambon holds a doctorate ès-sciences (1982) and has
spent his entire career at the Fluid Mechanics and Acoustics
Laboratory (LMFA) of École Centrale de Lyon. He also obtained a
degree in Engineering (1978), a Bachelor of Economics (1977) and
is doctor – engineer from École Centrale de Lyon (1979). He joined
the French CNRS in 1979 and was promoted Senior Researcher in
2008. His research activities focus on the theoretical modelisation
of fluid turbulence. From 1988 to 2008 he was a consultant at
ONERA. He has been invited as visiting researcher at the Center
for Turbulence Research of Stanford University. He heads the
LMFA turbulence and waves research team and teaches master
degree courses. He has supervised about fifteen PhD students
and contributes to the organisation of several scientific events,
especially with the Henri Bénard Centre, a major centre for the
ERCOFTAC European association. 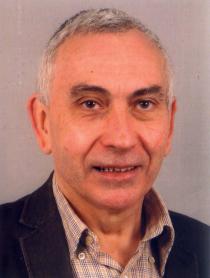