This spirit of international collaboration aims to contribute not only to the personal development of its students, but also to the value of its own educational approach and its research programs, not to mention providing future employers with culturally aware engineering graduates in an era of globalisation.

Since 2009, it has been compulsory for our students to spend at least three months in a university or a company abroad in order to obtain their degree from Ecole Centrale de Lyon. On average, students choose to spend more than four months overseas completing this requirement.

Over 75 universities, frequently ranked amongst the most prestigious institutions across the five continents, are active partners of Ecole Centrale de Lyon.

Ecole Centrale de Lyon has developed its international strategy by building on its history of strong international collaboration in research as well as through its partnership with the other Ecoles Centrales in France (Ecoles Centrales Group). In addition to this, the school has embraced new partnerships proposed by the other Ecoles Centrales, as well as sharing its experience with countries such as China, Germany and Russia. Together, the Ecoles Centrales Group has been able to undertake large-scale initiatives in Brazil, with its “5+6” Agreement, and in China, with the first graduates of Ecole Centrale Pékin receiving their diplomas in January 2012 as well as through its “4+4” Agreement, which will soon become “5+6” with the inclusion of Centrale Marseille, Jiatong University Beijing and Jiatong University Zheijiang into the network.

In the framework of Erasmus + Program, Ecole Centrale de Lyon was approved by the European Commission for the Erasmus Charter for Higher Education 2014-2020. To learn more about this charter, please read the "Déclaration en matière de stratégie Erasmus pour l'École Centrale de Lyon (2014-2020)" (in French).

Today, along with other institutions from lyon, Ecole Centrale de Lyon participates in the international policy of the Université de Lyon. New partnerships are continually being created with universities in the target countries of China, Brazil, Canada and Italy. The achievements attained through this policy have enabled financial support for and student participation in the Master “Nanoscale Engineering”, an emblematic Master program of the Université de Lyon, which is led by Ecole Centrale de Lyon.

Strengthened by its experience and by its successes, Ecole Centrale de Lyon is continuously accelerating its internationalisation in the fields of education and research. The school’s capacity to accept international members into its community is also growing substantially. The large number of double degrees defined under the T.I.M.E network criteria represent a program of excellence in international exchanges. However, the double degree is just one of many programs in place: with participants able to choose between internships in laboratories and companies; semester or year-long academic exchanges; and a curriculum based on either the multi-disciplined academic program or research and partnership with companies.

An international policy based on both internal and external promotion and information is put into practise with an adaptation of the curriculum and specialised support for international students. Ecole Centrale de Lyon also aims to develop a group of English-language courses under the model of the Master of “Nanoscale Engineering”, which is fully taught in English.  The objective is to revitalise existing exchange agreements, as well as to widen the target pool of partner universities.

In addition to the personal development an international experience provides for our students, we are confident that the dual cultural understanding and dual educational experience that they acquire provides them with undeniable advantages with respect to companies in which the scope of activity is European or global. 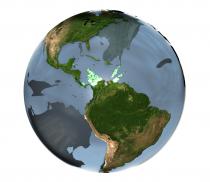