Thierry Hoc graduated in Engineering in 1994 from École
nationale supérieure des arts et métiers and obtained his
PhD in 1999 from École Centrale Paris in the field of material
micromechanics. In 2006, he received the French CNRS Bronze
medal for his works in material physics and biology at École
Centrale Paris. He heads since 2008 the French CNRS research
group no. 3162 on mechanotransduction which aims at studying
the effect of mechanical constraints on biological tissues. In 2009,
he is promoted Professor at École Centrale de Lyon and obtained
in 2011 funding and equipment for the development of a joint
research project with the University of Lyon on the engineering
and ageing of living tissues. He has authored about fifty peerreviewed
papers, including two in Science, and supervised about
ten PhDs. 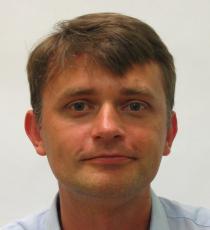