Sébastien Poussielgue holds a degree from the Ecole Supérieur de Designer Industriel ESDI in Paris (1993). He began working in the design office of the Parisot group as a furniture designer. In 1996, he joined the Lafuma Group in the Research & Development Department as head of the furniture and outdoor equipment sector and the project manager for developing the structure in Asia. In 2000, Poussielgue created his own design agency, Ps Design, and in 2001, an industrial development company, We Groupe Europe. These companies offer global strategy solutions for product development and production of French and foreign brands of sports and outdoor equipment. From 2003 to 2007, Poussielgue also worked on audio digital products under the Apple license. Since 2011, he has been a lecturer in creation and innovation in various academic institutions. In 2015, he became the president of the Fédération des Designers Industriels FEDI, whose objectives are to be a platform for design professionals and to establish good practices among designers, industrial partners and institutional collaborators, such as APCI, ARDI, DIRECCTE, DGE, and ICSID. 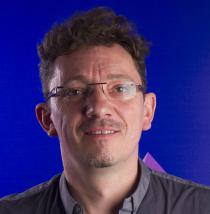