Michel Gendry is an Engineer in Material Sciences (1978) and Docteur d’état (1987) on the topic of the III-V semiconductor passivation. He joined the CNRS in 1988 in a laboratory (now INL) of the École Centrale de Lyon. He directs his research work towards the molecular beam epitaxy (MBE) growth of strained III-V semiconductors and III-V quantum dots for Optoelectronics. Since 2007, he develops an activity on the growth of III-V nanowires on the silicon substrate for Silicon Photonics and Photovoltaics of the 3rd generation.

He has been co-leader of INL's "Heteroepitaxy and Nanostructures" group until 2017. He has directed or co-directed more than 40 PhD theses. He is co-author of more than 180 publications in international journals. He has been a member of the IPRM Conference Program Committee (Indium Phosphide and Related Materials) and JNMO (Journées Nano-Micro-Optoelectronics). 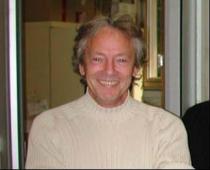