Guy Hollinger received his PhD in 1979 from the University of
Lyon. He is currently Senior Researcher Emeritus at the French
CNRS and the Lyon Institute of Nanotechnology (INL). He was Head
of the Laboratoire électronique optoélectronique et microsystèmes
(LEOM) at École Centrale de Lyon from 1993 to 2006 and Head
of INL from 2007 to 2012. His major fields of research have
been XPS and synchrotron photoemission, surface passivation
of semiconductors, epitaxial growth of strained III-V materials,
new compliant III-V and Si pseudosubstrates, the heterogeneous
integration of III-V heterostructures and optoelectronic devices
on silicon for optical interconnects, and since 2003 the epitaxial
growth of oxides and monolithic integration on silicon. Guy
Hollinger has co-authored over 200 publications. He is a member
of the Material Research Society and the Institute of Electrical and
Electronics Engineers (IEEE). 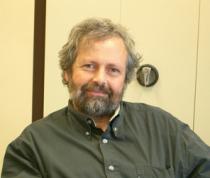